Rung Ruang, also known as 荣泰 in Chinese, is a popular noodle shop in Bangkok. While many like to believe that this is a hidden gem, it’s actually quite the contrary. In fact, it had been featured in blogs and shared in social media all the time. Even Thai celebrities frequent this shop. 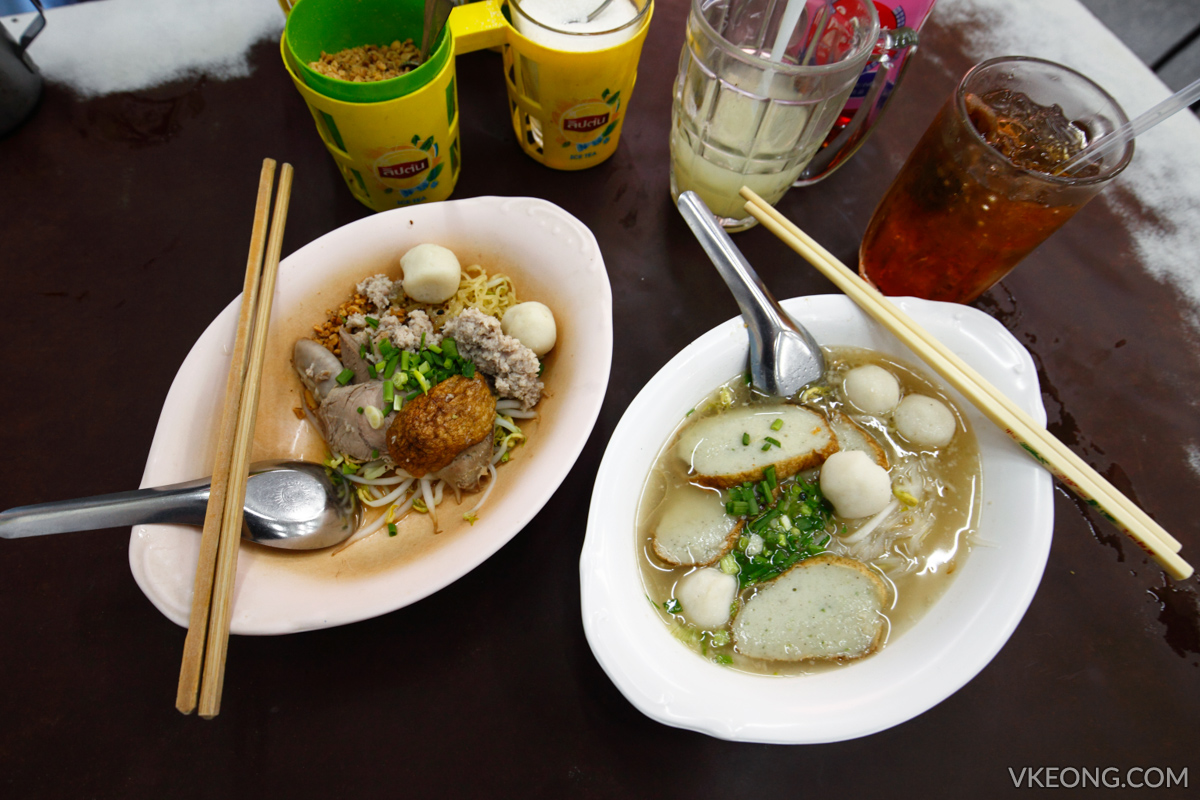 If you look up Rung Ruang online, you will see that it’s particularly popular among Hong Kongers – with some even claiming it as the best fish ball noodle they ever tasted in Bangkok. When you read about such claims, you can’t help but drop by to try it for yourself. 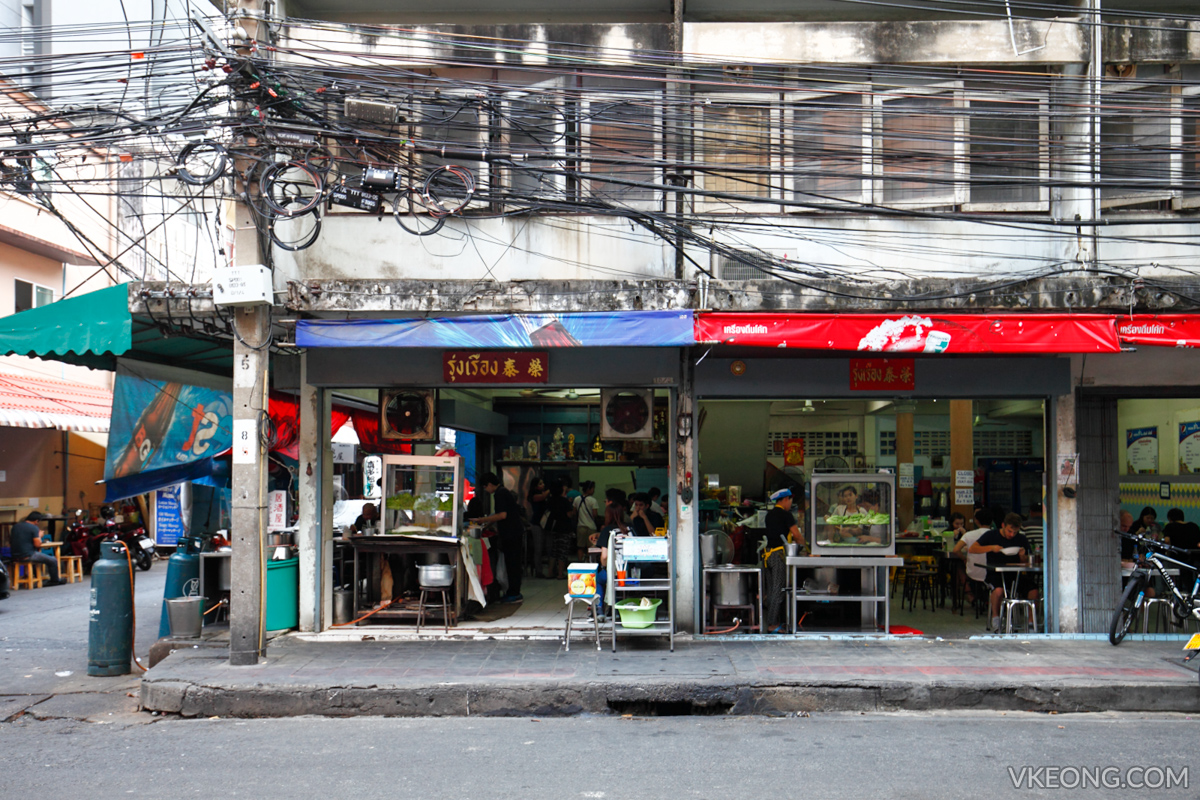 Interestingly, there are two Rung Ruangs located side by side. From what I was told, they are operated by a pair of brothers who had gone separate ways due to family squabbles.
Most of the reviews say that the corner shop, which is also referred as the blue shop (because of the canvas’ color) is marginally better. However, we picked to eat at the red shop because the blue one was full house due to its smaller space. 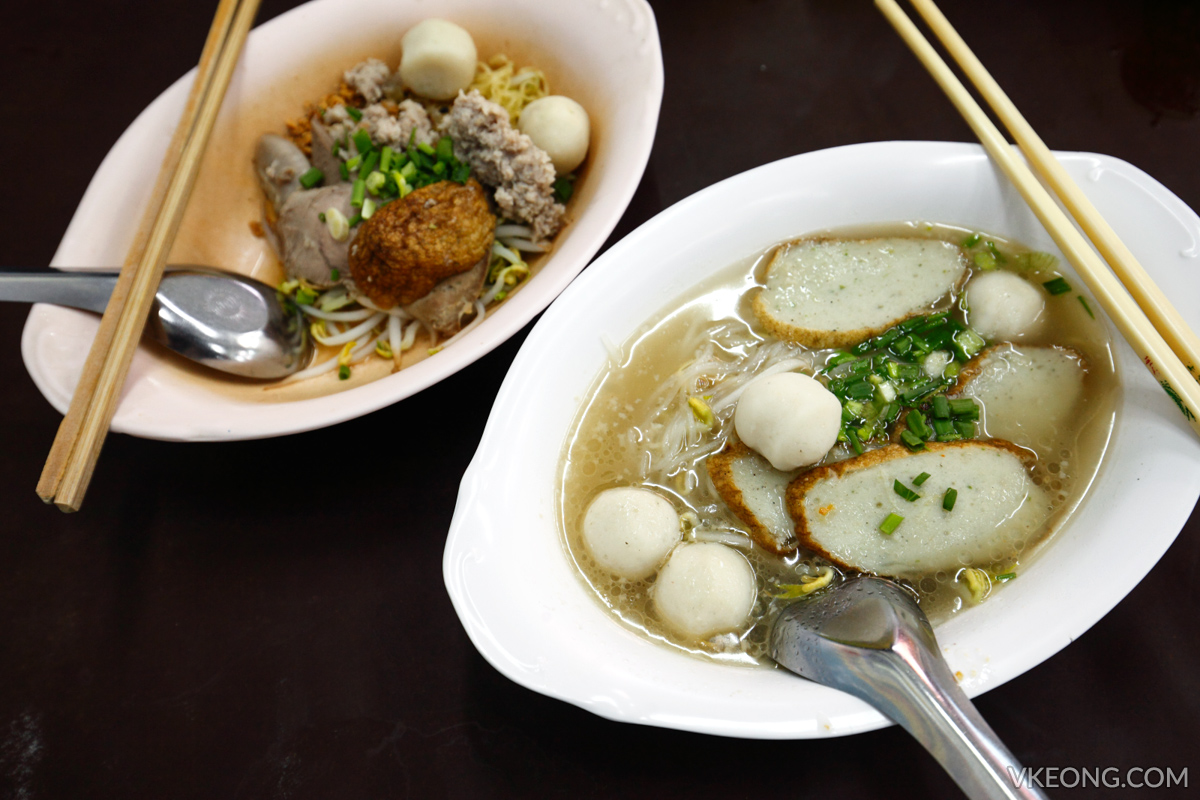 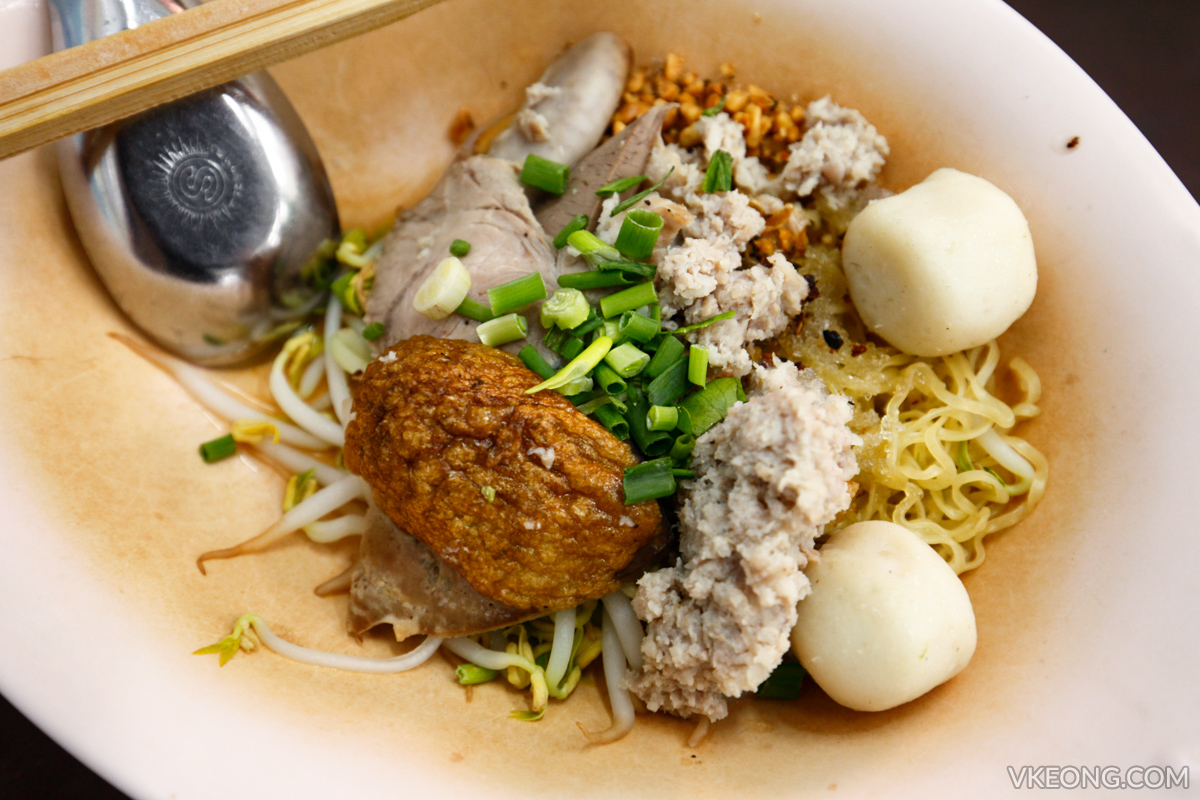 We had the clear soup noodle topped with fish balls and fish cakes and a dry tom yum flavored noodle with minced pork and offal thrown into the mix. They cost 50 baht each.
Both of us agree that the clear soup version was more enjoyable and didn’t need any additional condiments to further alter the flavor. But of course you will see the Thais put spoons and spoons of chili flakes, lime juice and peanuts on the noodle. 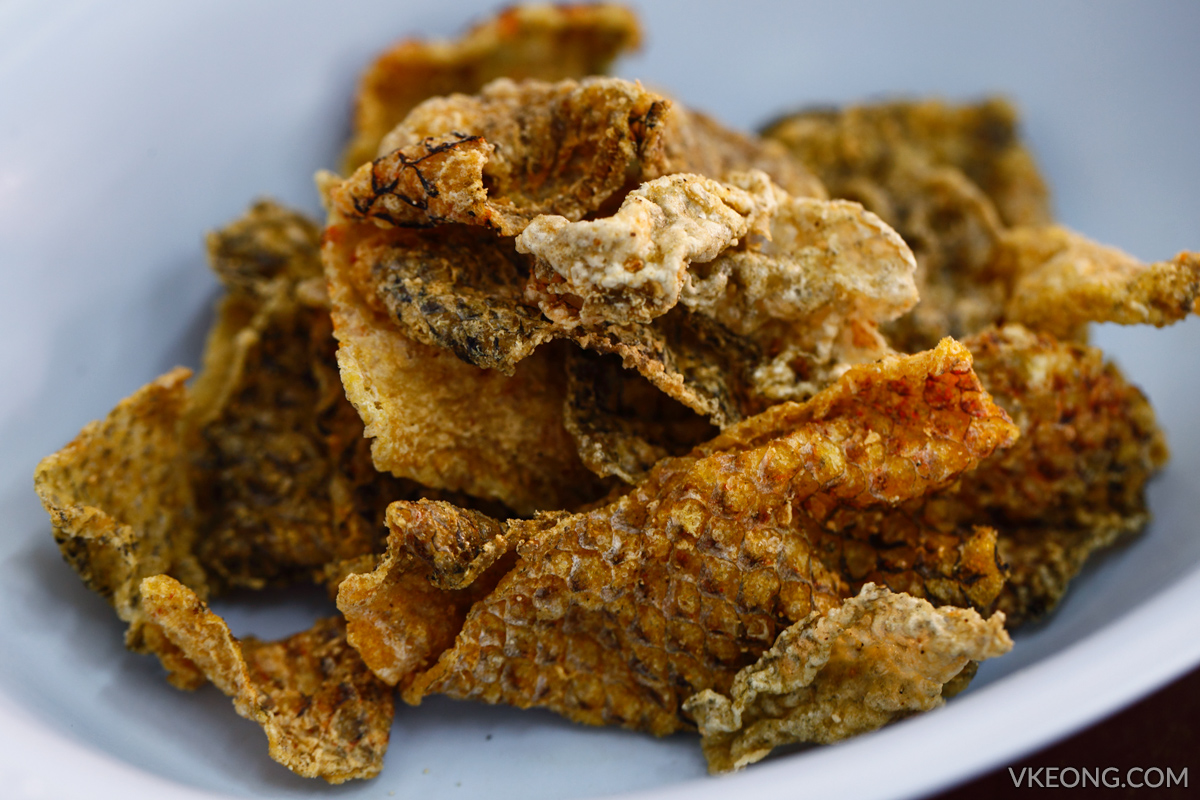 Deep fried fish skin @ 20 baht is available as side dish. You can eat it on its own like a crispy cracker or dip it in the soup. 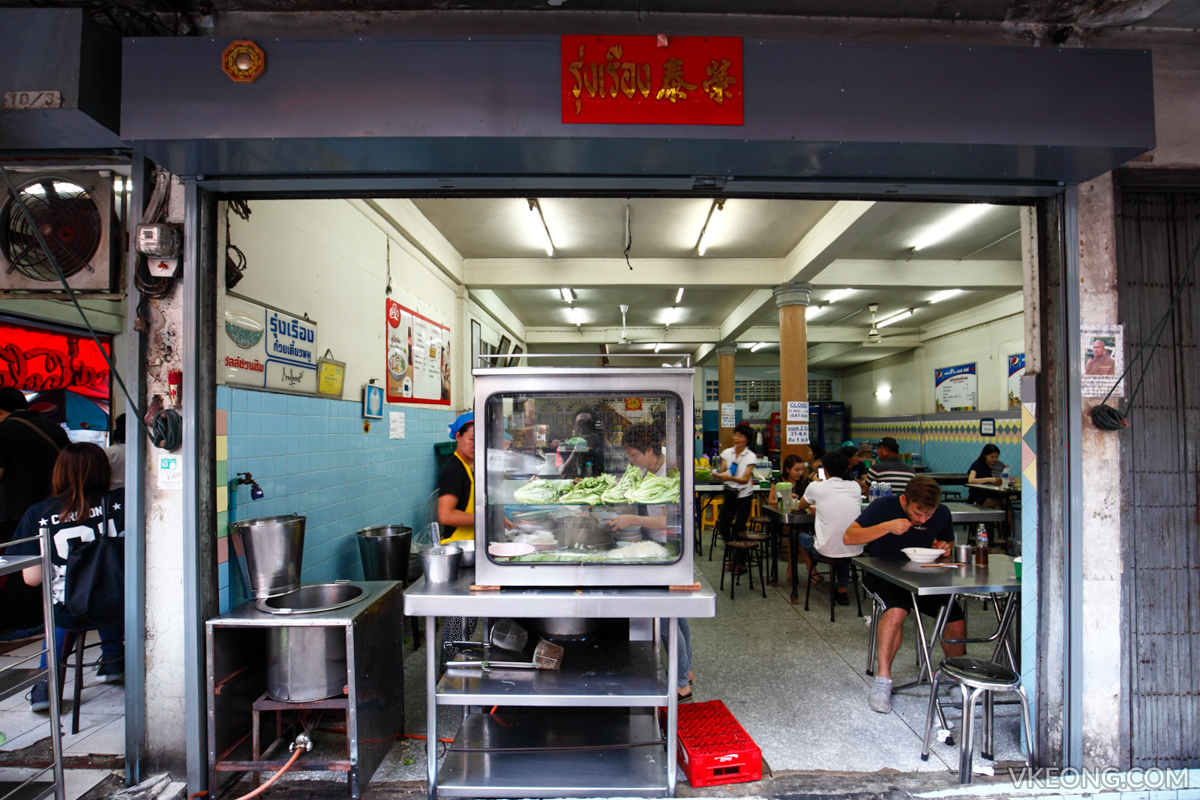 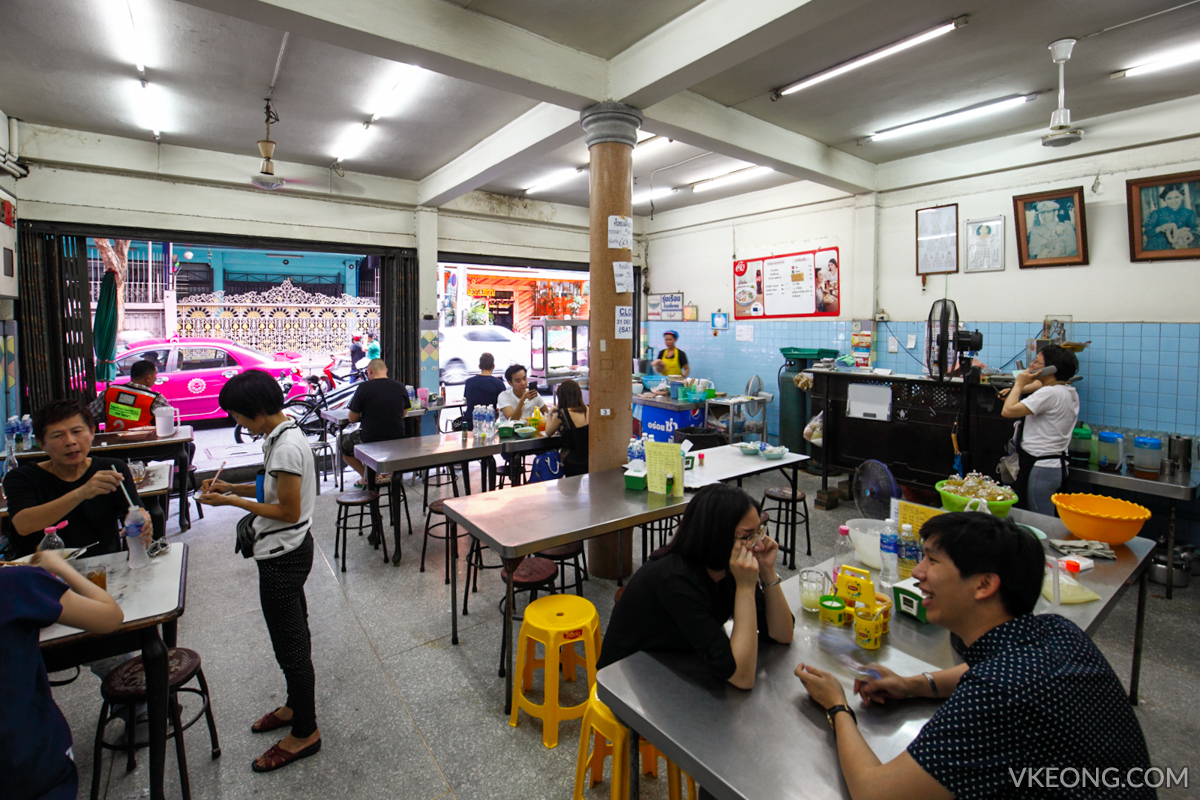 Verdict: Although the noodles were delicious, I have to say they did not taste as fantastic as they were made out to be. Maybe because we grew up eating similar style of noodles so the experience didn’t wow us that much.
Recommended only if you happen to be nearby, otherwise this is not worth a special visit. Rung Ruang is only a 5 minutes walk away from Phrom Phong BTS station.

Dining and take away